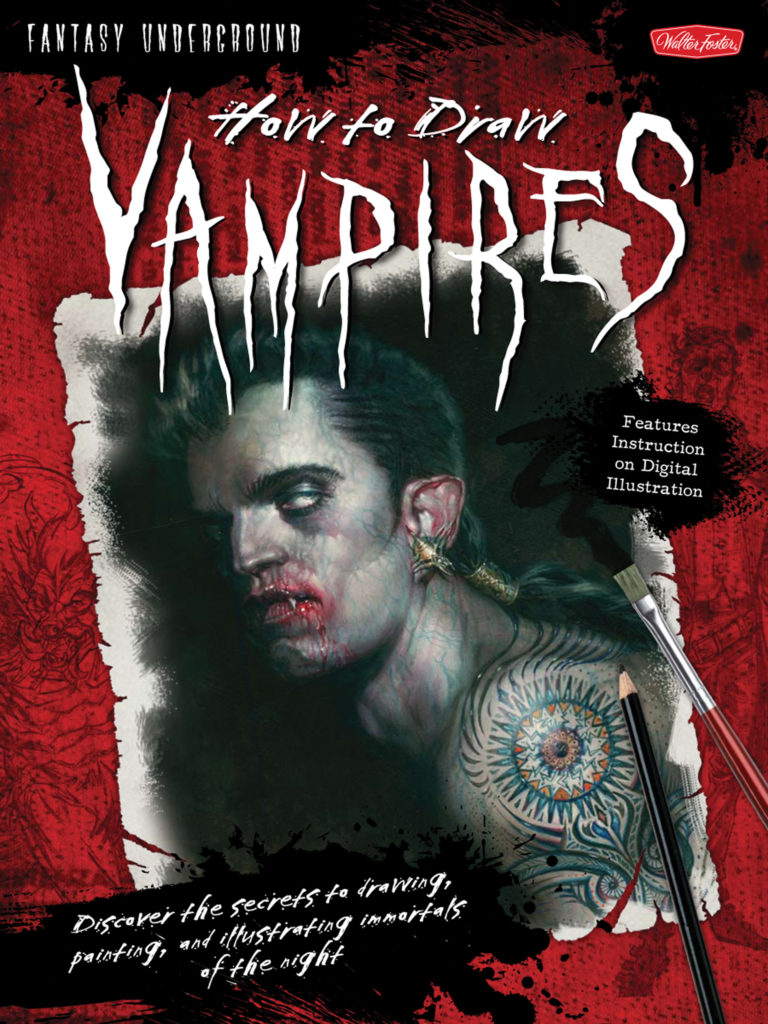 Discover the secrets to drawing, painting, and illustrating immortals of the night in How to Draw Vampires.

Over the years, vampires have earned a permanent place in pop culture. Numerous movies, TV shows, and book series have only upped the demand for these mythological beings. And now anyone can learn to draw and paint vampires with this in-depth handbook.

How to Draw Vampires covers everything from rendering sharp fangs and glowing eyes to creating stylish immortal fashion. The book also contains 15 step-by-step projects featuring a mix of pencil, paint, and digital image-editing instruction, allowing artists to replicate each scene in graphic detail. Discover how to capture the vampire in a variety of illustration styles, from realistic to anime. Evil vampires, handsome vampires, gothic lairs, and the forbidden love between human and vampire merely scratch the surface of subjects in this must-have title.

Michael Butkus was trained at Otis Parsons in Los Angeles and the Art Center College of Design in Pasadena, California. He has taught illustration and rendering techniques, along with character design and visual development, to art industry professionals and commercial art students. Michael has worked on more than 2,500 films in the areas of advertising, movie poster art, set design, and character design. Michael also invented and illustrated hundreds of characters for Lucasfilms' Shadow of the Empire. Clients include Paramount, Warner Brothers, Universal, Disney, DreamWorks, and LucasArts, as well as a number of toy companies that employ his imaginative creations and conceptual renderings for product design. Michael lives in Los Angeles, CA.

Merrie Destefano left a 9-to-5 desk job to become a full-time freelance editor and novelist, writing science fiction and fantasy. With 20 years of experience in publishing, her background ranges from award-winning graphic designer and illustrator to editor of Victorian Homes magazine and founding editor of Cottages & Bungalows magazine. She currently lives in Southern California with her husband, their German shepherds, and a Siamese cat.

Design and Create Anime and Manga Characters with Diverse Identities of Race, Ethnicity, and Gender

Saturday AM Presents How to Draw Diverse Manga