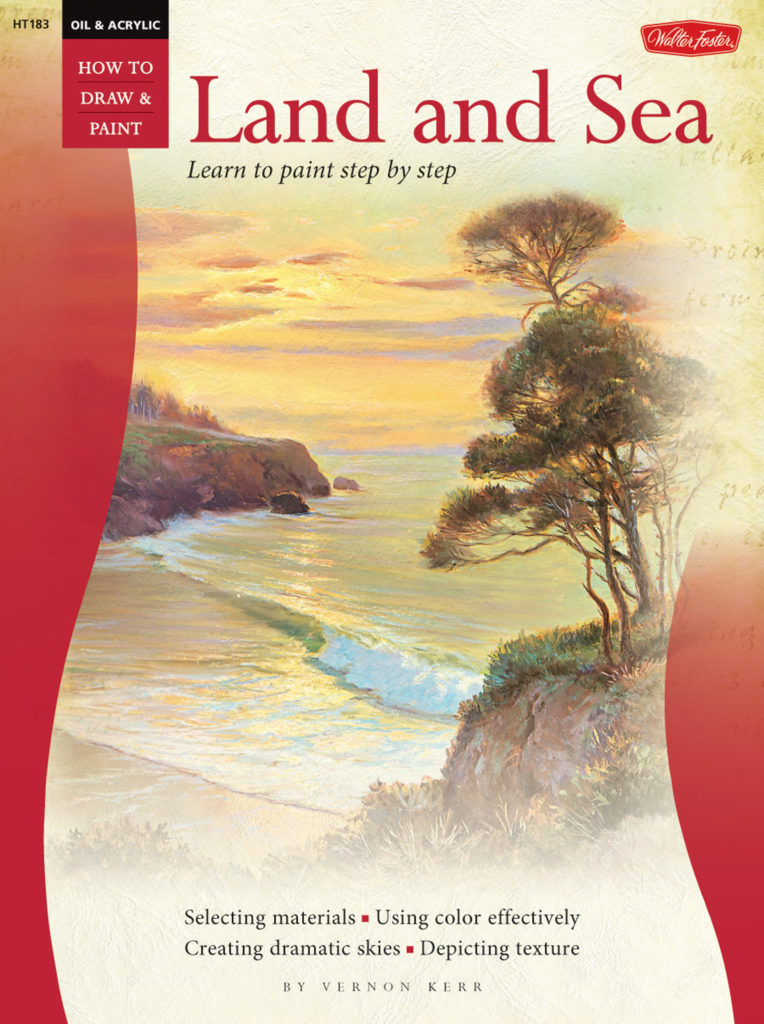 Vernon Kerr was born in Bellevue, Pennsylvania, in 1938. Recognizing his young son's talent, his father secured an apprenticeship for him with Leon Franks. Vernon studied with Franks for four years and was an accomplished artist by age 23. His first taste of fame occurred when he was the youngest artist to be published by the International Art Publishing Company. He worked as a naval illustrator while stationed in Japan during his time in the U.S. Navy and had also won numerous awards for his portraits, marines, and still lifes before his move to Laguna Beach, California, in 1959. Vernon was a professional artist for 26 years and was internationally known for his seascapes and landscapes. He taught at his own school in Laguna Beach and Coeur d'Alene, Idaho, for 15 years. He once said, "Painting is not fun unless I am learning something new, and nature is my greatest teacher." Vernon passed away in 1982 at the age of 44.

SERIES: How to Draw & Paint

A Dynamic Approach to Drawing and Painting on Location

Techniques for Drawing on Location from Unexpected Perspectives