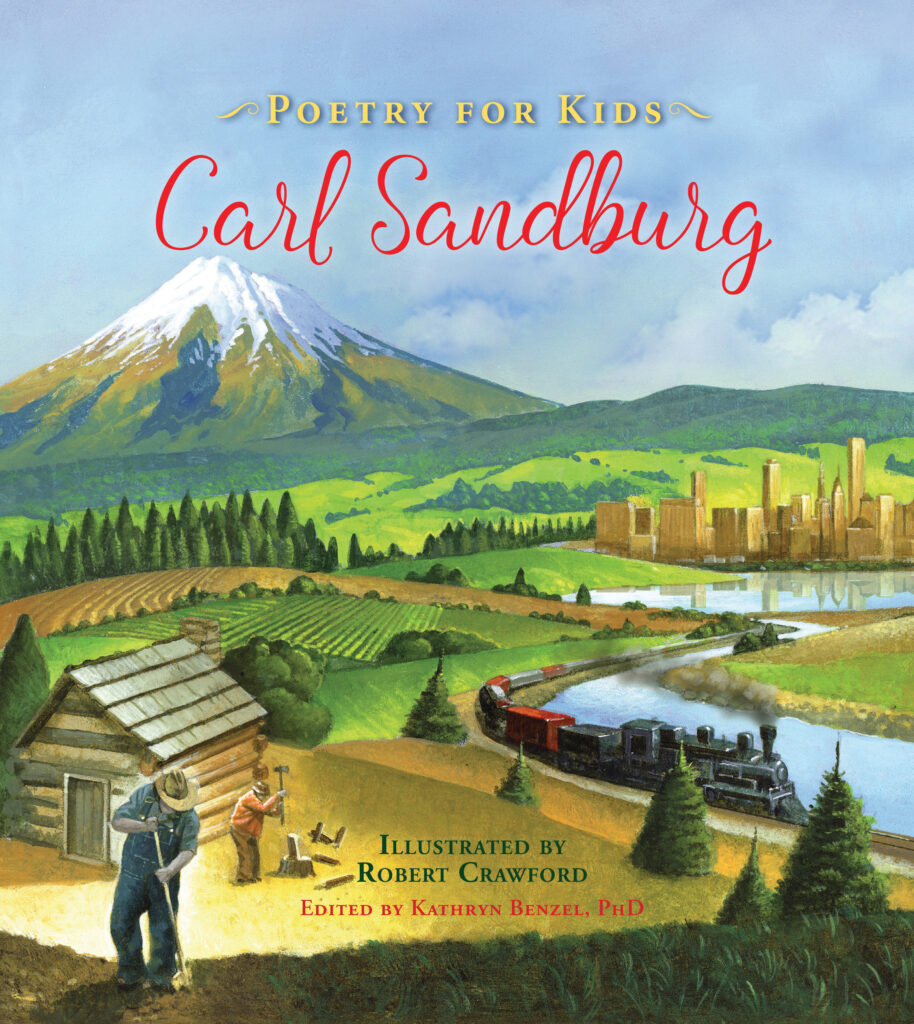 Discover the poetry of Carl Sandburg in Poetry for Kids: Carl Sandburg. Carefully chosen for kids, these 35 poems are presented, illustrated, and explained by an expert.

There is no better time to introduce children to poetry and literature than during their formative years. That is why professor and scholar Kate Benzel has used her wealth of experience to carefully curate 35 of Carl Sandburg's luminary poems into one collection that is specially designed for children.

In Poetry for Kids: Carl Sandburg you'll find many classics, some of which you may remember from your childhood, including "Young Bullfrogs," "Shenandoah", "Jazz Fantasia", "Fog", and 31 more of Sandburg's favorite and most accessible works. Accompanying the words are beautifully illustrated scenes by award-winning illustrator Robert Crawford. This gentle introduction includes commentary, definitions of key words, and an introduction to the poet's life, plus a final synopsis of the author's interpretation of the pieces.

Carl Sandburg was an American poet, biographer, and editor who won three Pulitzer Prizes (two for his poetry). Three of his most famous volumes of poetry include Chicago Poems, Cornhuskers, and Smoke and Steel. His poems are accessible and incredibly visual.

Kate Benzel, PhD, is a Carl Sandburg scholar and professor emerita at the University of Nebraska at Kearney, where she is currently transcribing and annotating Sandburg's early unpublished notebooks.

Robert Crawford is an illustrator and fine artist living in the northwest hills of Connecticut. He works in his own unique style, which he says influenced is by magic realism and the regionalism of post-World War II artists like Grant Wood and Thomas Hart Benton. His work has been on the cover of major magazines, including Fortune, Business Week, The Atlantic and U.S. News and World Report, Newsweek and Rolling Stone. He has also illustrated four children's books, including T Is for Taj Mahal: An India Alphabet and The Legend of the Old Man of the Mountain.