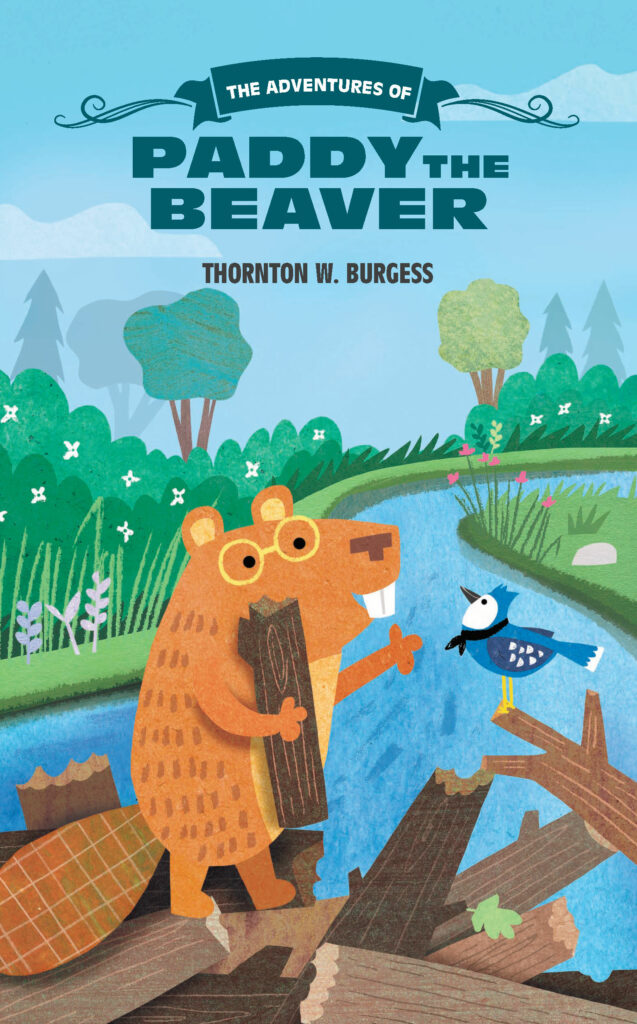 Amazon B&N Books-A-Million Bookshop.org Bookshop.org.uk Indigo The Book Depository Waterstones Booktopia
Introduce your child to Thornton W. Burgess' long-beloved Bedtime Stories, featuring such timeless characters as Peter Cottontail, Jimmy Skunk, and Paddy the Beaver. In The Adventures of Paddy the Beaver, Paddy Beaver arrives from the woods in the North and settles into the Laughing Brook. Strange things start happening, and everyone in the Green Forest is very curious. Who is stealing Sammy Jay's trees? Why is Jerry Muskrat's house suddenly out of the water? How early do you have to get up to outsmart Old Man Coyote?

A dedicated naturalist, Burgess imbues his stories with the good humor, imagination, and fun animal antics that all children will enjoy reading during story time. These essential childhood classic stories also feature the original black-and-white illustrations by Harrison Cady, lending this edition a vintage feel. This volume will become a treasured classic on your bedtime story shelf.

Thornton Waldo Burgess, a devoted naturalist and conservationist, knew that instilling a love of the natural world in young people was one of the best ways to inspire conservation in adults. His writings spanned over fifty years, more than 170 books and 15,000 articles, and inspired several generations.Many of Burgess' observations of nature were featured in his stories, and his many characters, including Peter Rabbit, Jimmy Skunk, Sammy Jay, Bobby Raccoon, Joe Otter, Grandfather Frog, and many others, displayed both animal and human traits that were very recognizable to readers. The Boston Museum of Science awarded Burgess a special gold medal for "leading children down the path to the wide wonderful world of the outdoors. Burgess lived in Massachusetts. Learn more about Thornton Burgess at thorntonburgess.org.